Benny and Billy, whose real last name was McCrary, at 814 pounds and 784 pounds in the Guinness Book of World Records, are most widely recognized in a famous photograph of them on motorcycles. It was taken as they rode across country for a Honda promotion. 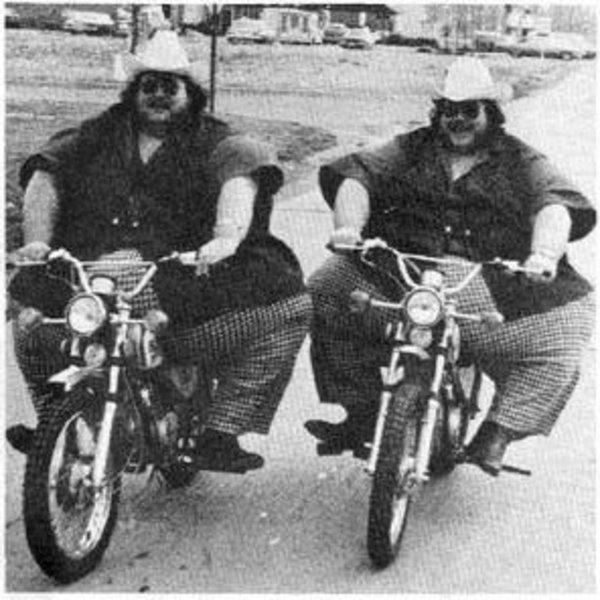 Discovered by a photographer from Life magazine, Billy and Benny McCrary were the world's heaviest twins, at 743 and 723 pounds with 84 inch waists. They went for show biz with their newly found notoriety and appeared in Vegas where they played trumpets and told jokes with 400-pound go-go dancers. Then they made a splash on the sporting scene as tag team wrestlers and mini-bike riders doing daredevil stunts in cowboy outfits.

In an interview with Scott Teal's "Whatever Happened to ...?" publication a while back Benny McGuire talked about the cross-country promotion. "We worked out a deal with Honda Motorcycle Company and rode mini-bikes from New York to L.A. Three thousand miles. We rode a hundred miles a day and it took us thirty days. I also had a deal worked out with Holiday Inn where we'd stay at night, and we'd ride into town and give autographs at a dealership for a couple hours." 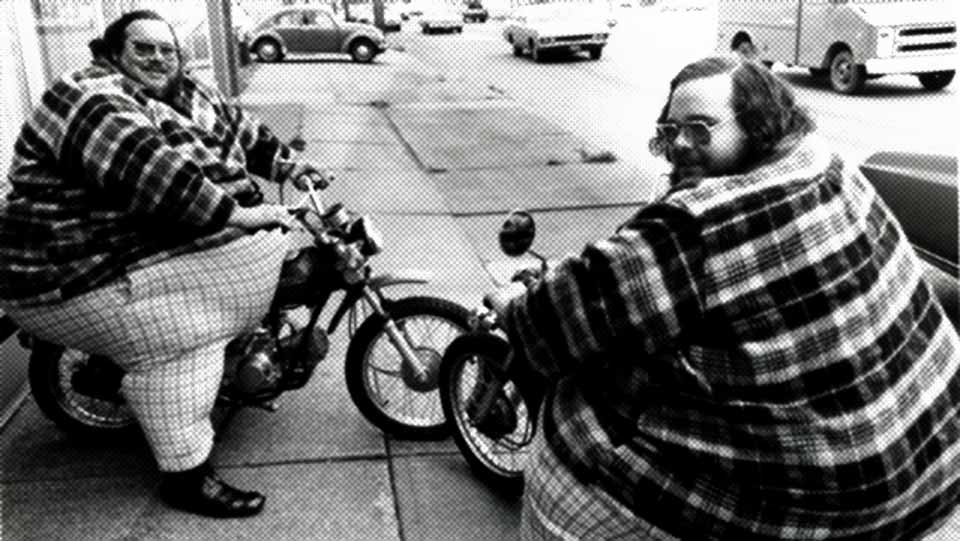 During the cross-country trip, they stopped in El Paso, Texas and went to the wrestling matches. Gory Guerrero approached them about wrestling. "Gory Guerrero came up to me and Billy and thought we were gonna wrestle. We said, 'No. We sure love rasslin', and we've done a lot of rasslin' between each other, but we'd be interested in gettin' into it.' He said, 'Go ahead and finish your engagement for Honda. When you come back through El Paso, stop by and see me.' We did ... and he trained us." 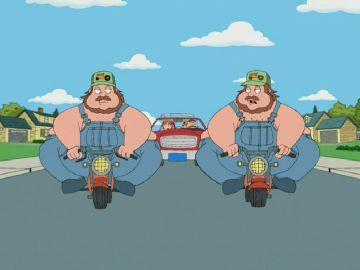 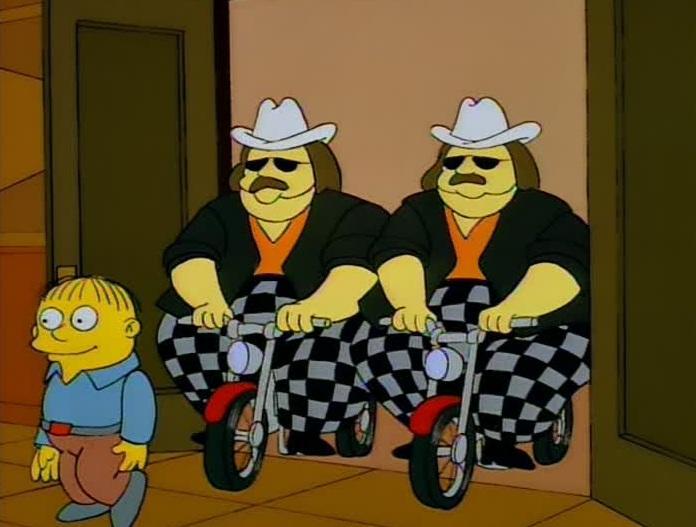 Scene from The Simpsons's "The Day the Violence Died" episode

Sensing too much of a good thing, Billy died of injuries after a mini-bike stunt gone wrong in Niagara Falls. In mourning, Benny erected the world's largest granite gravestone (yet another superlative), 13 feet wide and weighing three tons, etched with their beloved mini-bikes, on view today in The Cemetery at Crab Creek Baptist Church outside Hendersonville, North Carolina. Benny himself died of heart failure in March of 2001, at the age of 54. 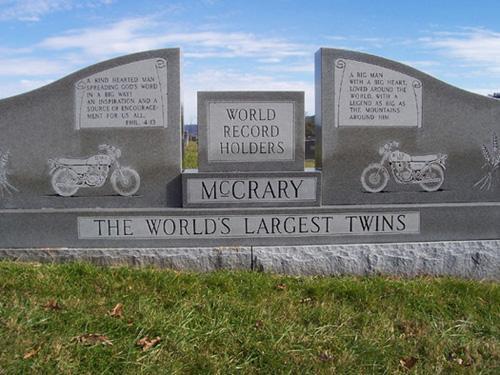 For directions to their grave, go here.

To see more pictures of these twins, please visit our media archive at 4-stroke.nl!