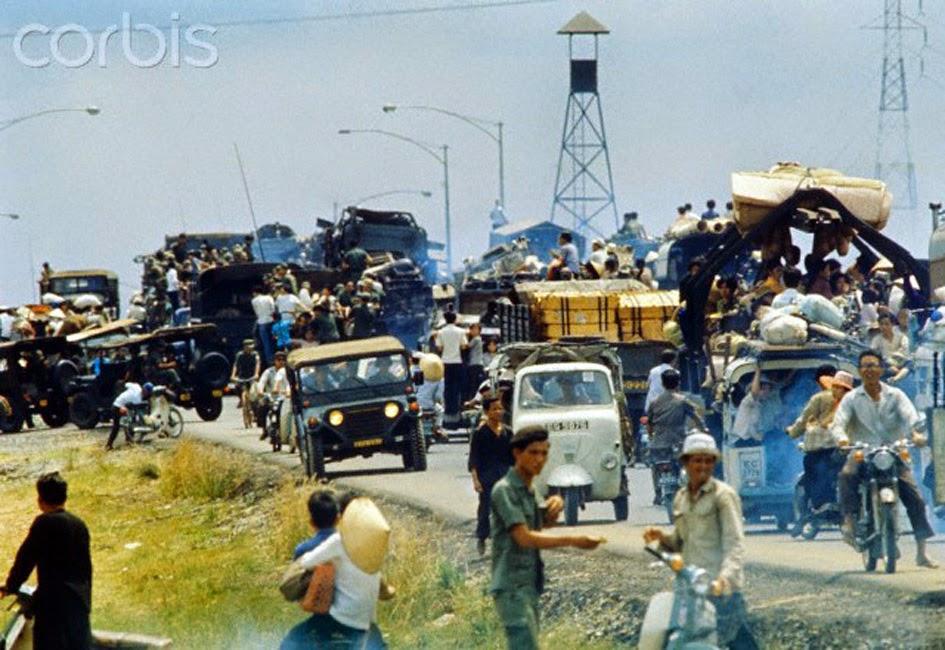 Desperate South Vietnamese refugees cling to vehicles along Highway 1 as they flee North Vietnamese troops advancing to capture Saigon a few days before the Fall of Saigon that signalled the end of the Vietnam War. --- Image by © Nik Wheeler/Corbis 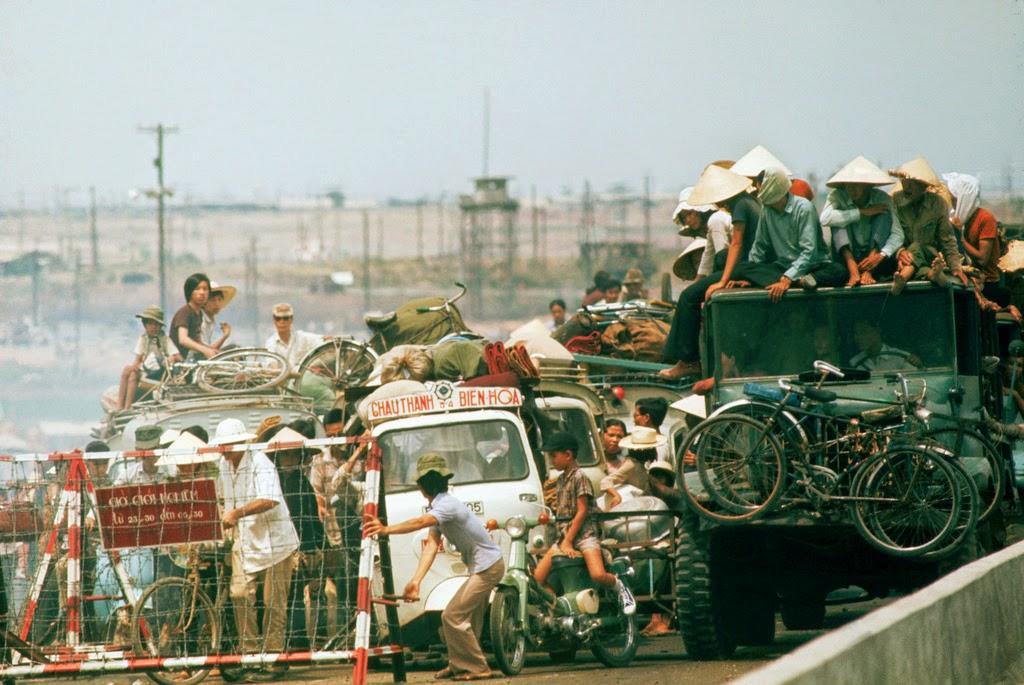 April 1975, Bien-hoa, South Vietnam --- A street congested with traffic as refugees flee in automobiles to Saigon near the end of the Vietnam War. --- Image by © Nik Wheeler/CORBIS 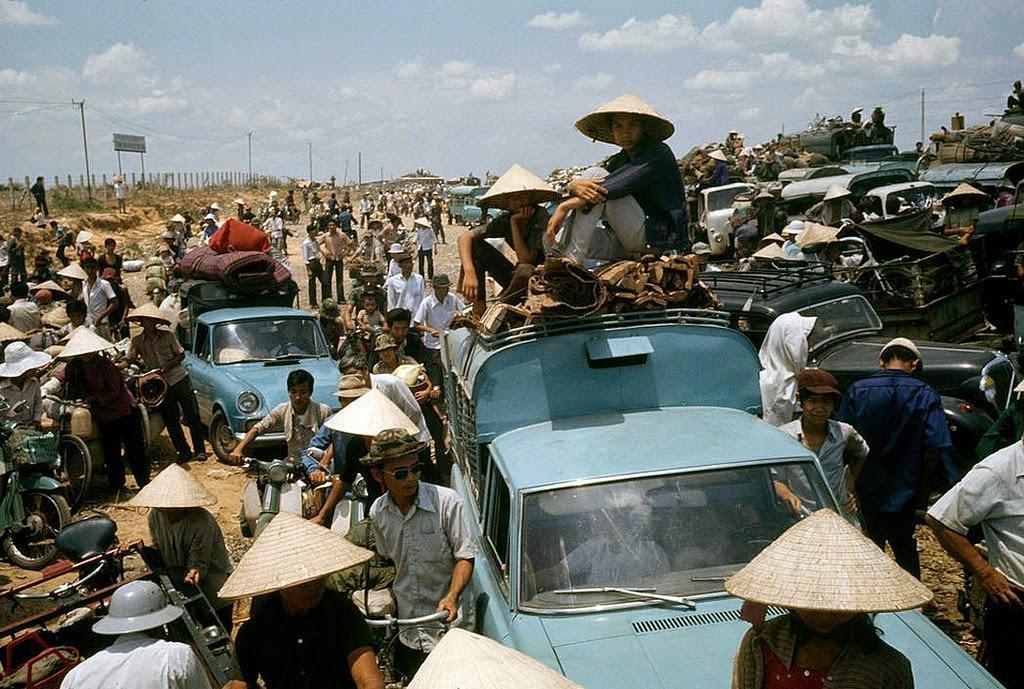 Refugees during the last days of the Vietnam War. Photo by Hiroji Kubota

This concludes this series of fascinating pictures taken in a war torn country. A series of photos with a recurring theme: The mighty Honda. The Honda that has moved millions of people around on this planet. Think about that when you drive around on yours and cherish the heritage! Keep the Honda spirit alive!