What? Yes, that was the subject of the email sent by Goldie. He found a brochure of a cool ski system named SNOW GRIP for your Honda! So in case the weather will go completely bonkers, you can still drive/ski around! :D 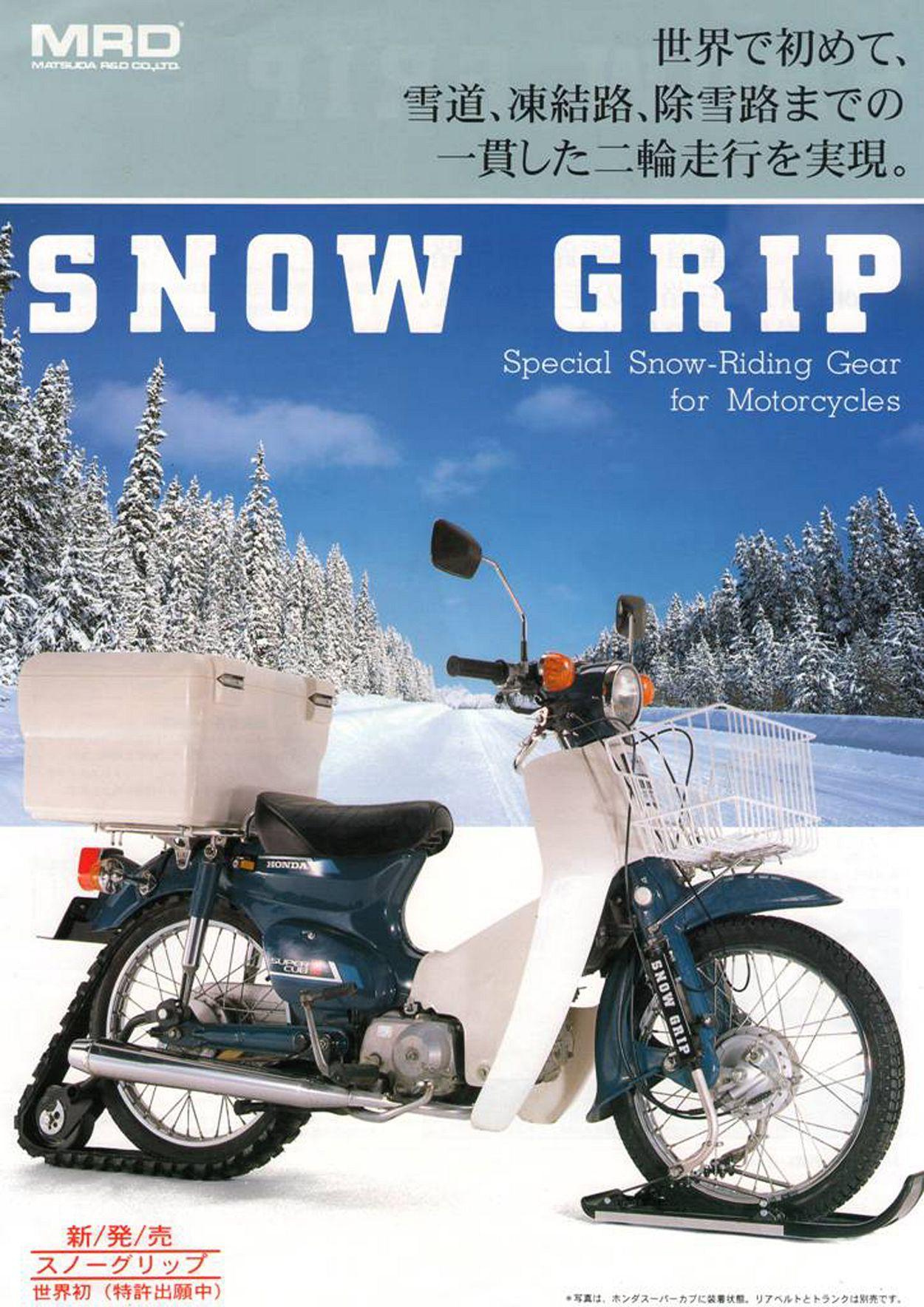 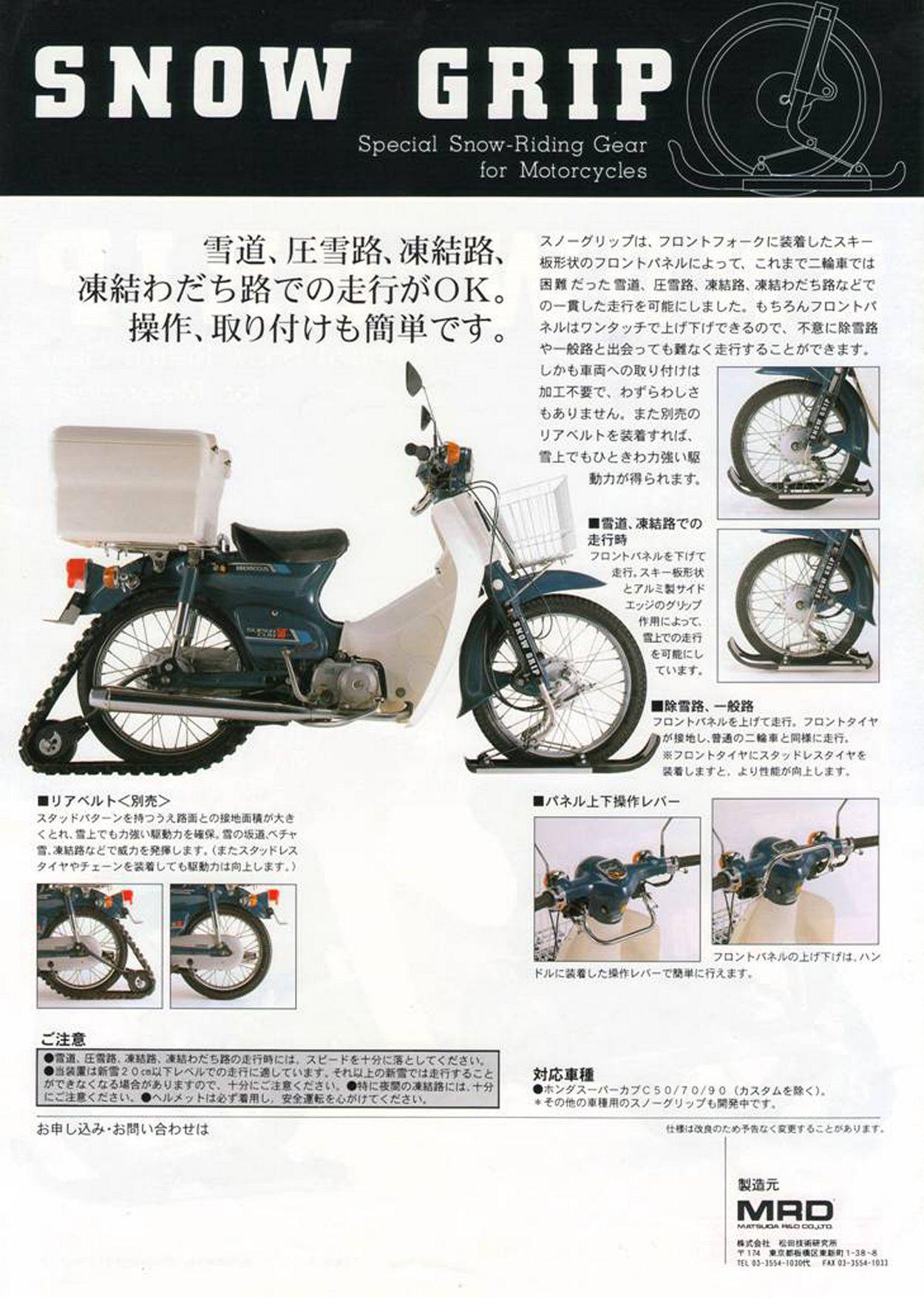 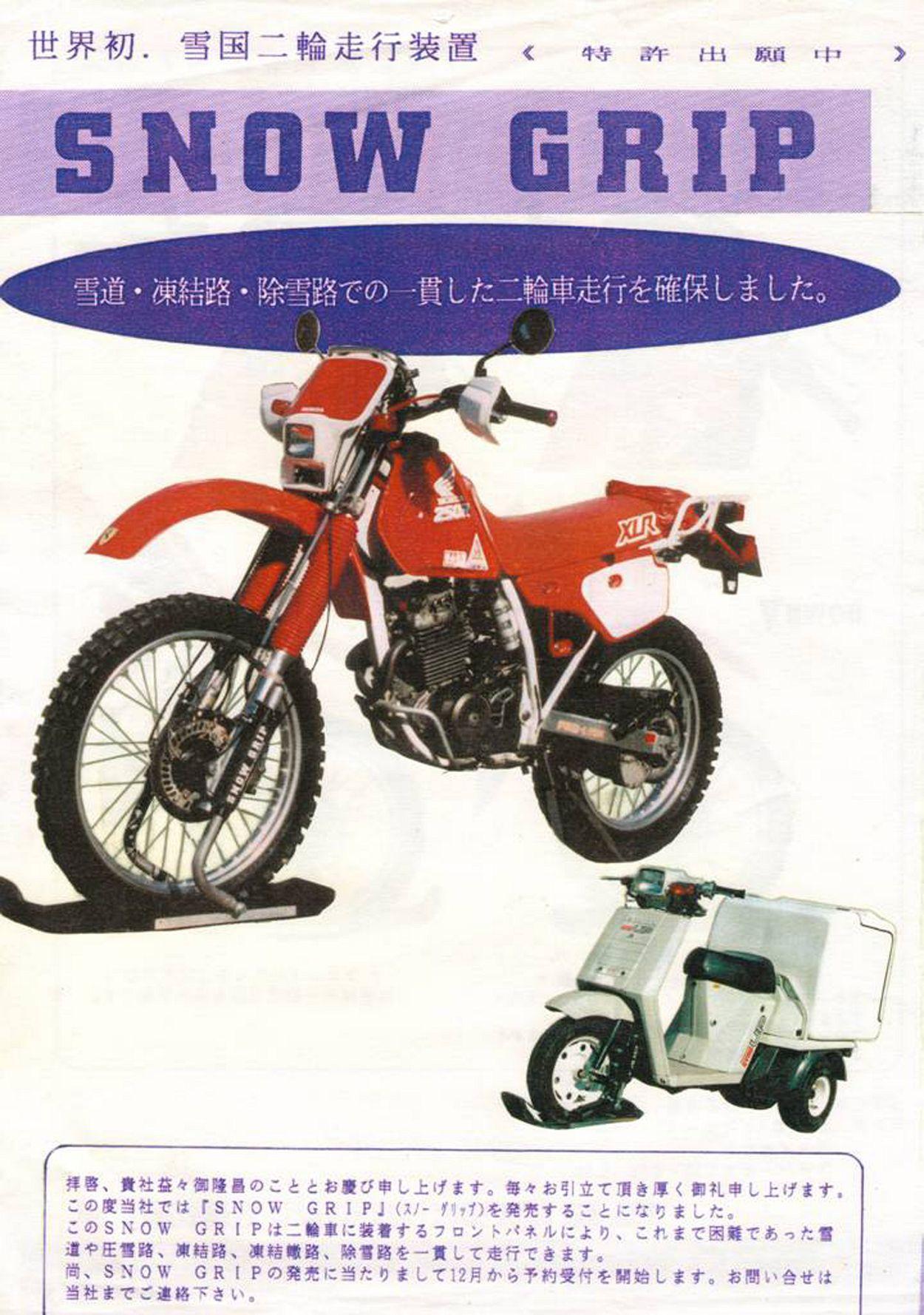 You can also mount a ski at the front and the caterpillar drive of the rear wheel seems to be optional. It has been announced in magazines, but apparently there is no such thing because the author of this blog wonders if it has ever been released. 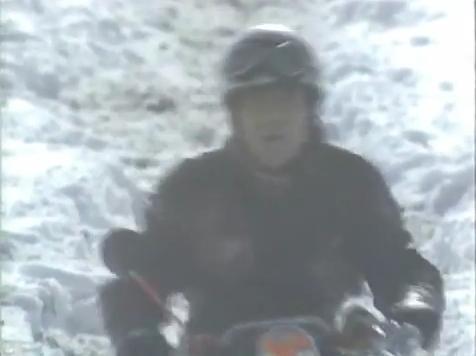 Kishitani Goro impersonate hero is riding to the turnip, there is a scene that runs the winter snow field at the bottom
In doing so, it seems the device has been mounted. (I have no idea how to translate this properly, sorry!)
Well, it is very obvious to say that this device is "dangerous". And you can imagine that you can only use it on a snow-covered road. This is typically a product that has "fallen off the design table". But I can imagine that you want to drive it!