Ann Margret on a Honda Dream 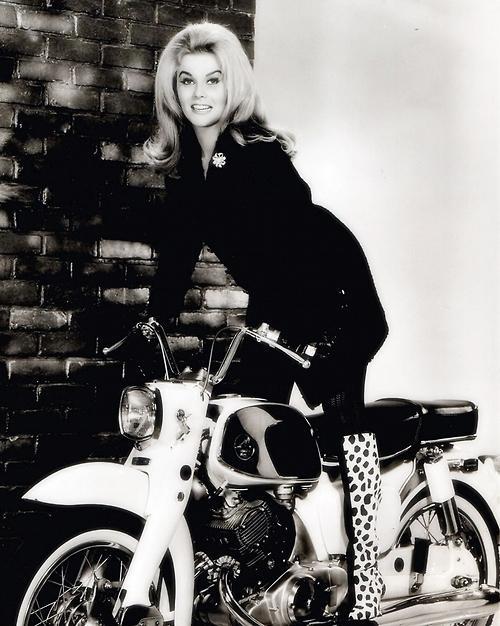 Who is Ann?
Ann-Margret Smith (born April 28, 1941) is a Swedish-American actress, singer, and dancer whose professional name is Ann-Margret. As an actress, she is best known for her roles in Bye Bye Birdie (1963), Viva Las Vegas (1964), The Cincinnati Kid (1965), Carnal Knowledge (1971), and Tommy (1975). She has won five Golden Globe Awards and been nominated for two Academy Awards, two Grammy Awards, a Screen Actors Guild Award, and six Emmy Awards. In 2010, she won her first Emmy Award for her guest appearance on Law & Order: SVU.
Her singing and acting careers span five decades, starting in 1961; initially she was billed as a female version of Elvis Presley. She had a minor hit in 1961 and a charting album in 1964, and scored a disco hit in 1979. In 2001 she recorded a critically acclaimed gospel album, and an album of Christmas songs from 2004 continues to be available.